To share your memory on the wall of Barbara Ann (Beck) Huffman, sign in using one of the following options:

Barbara was born in Philadelphia, PA to the late Raymond and Florence (Kivlin) Scott. She spent her childhood in Roslyn where she met her high school sweetheart. She eventually moved to Willow Grove then Warrington, PA where she raised her family. Following retirement, she resided in Panama City Beach, FL for 20 years before ultimately settling in Berlin, MD in 2015.

She was formerly employed as a Cashier with Shop n’ Bag of Dresher, PA where she spent almost 20 years. Barbara greatly enjoyed traveling the world, soaking up the sun at the beach, bowling and dancing — even appearing several times on Dick Clark’s American Bandstand. She delighted in spending time with her family and friends anytime she could. Additionally, she had many pets through the years whom she adored, most recently her dog Buttons and cat Bows.

She was the beloved wife of the late Burton R. Beck for 40 years until his passing in 2001. She told everyone that she was fortunate enough to find a second love in her life when she met Chester “Chet” E. Huffman, whom she married in 2003. They celebrated their 17th anniversary just 2 weeks ago. Barbara was the devoted mother of David Beck (Kristen), Jeff Beck (Kathy) and Tracy Thiebeau (John); dear step-mother of James Huffman, Keith Huffman and the late Jeffrey Huffman; loving sister of the late Marjorie Scott; cherished grandmother of Nicole, David Jr., Aimee, Alexander, Colin, Jillian, John Patrick, Colton and Ella; also survived by her step-grandchildren James, Jessica, Amanda, Chelsea, Samuel and Blake and five step-great-grandchildren.

To send flowers to the family or plant a tree in memory of Barbara Ann (Beck) Huffman, please visit our Heartfelt Sympathies Store.

Donations are being accepted for: North Shore Animal League America.

We encourage you to share your most beloved memories of Barbara Ann (Beck) here, so that the family and other loved ones can always see it. You can upload cherished photographs, or share your favorite stories, and can even comment on those shared by others.

Posted Oct 09, 2020 at 09:07am
barbara and marjorie were like sisters to my brother Ken and my myself. we grew up together and had many good times. learning to dance together. she will be missed by many. blessings to her family. please call me if any of the family is interested in her younger years. cousin lawrence scott , call me at 508-478-5376 . 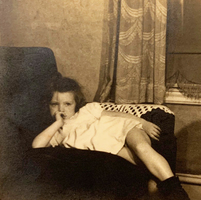 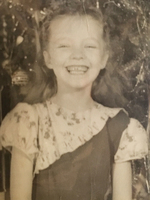