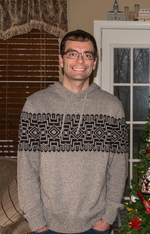 Brian J. Balderston, 34 of Wharton, NJ, passed away unexpectedly on January 7th, 2021 at his home.

Brian was born July 2,1986 in Trenton, NJ. He graduated from Central Bucks High School East in 2004. Brian attended Lehigh University and graduated with a degree in Computer Science and Business in 2008. He earned his master’s degree in Software Engineering from Drexel University. Brian was employed by the U.S. Army as a Computer Scientist at Picatinny Arsenal, NJ.

He was a proud member of the marching band during high school and college (Marching 97). Brian was an avid reader, physical fitness enthusiast, enjoyed listening to music and playing the drums. Brian attended all Lehigh football games and loved tailgating with his friends.

A celebration of life will be held at a later date.

In lieu of flowers, donations can be made in Brian’s memory to Lehigh University, 27 Memorial Drive West, Bethlehem, PA 18015-3086.