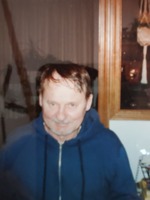 Chester was born in Poznan, Poland on July 4, 1928 and was the son of the late Andrzej and Jadwiga ( Sadlowska ).

He served proudly in both the Polish army and the United States Air Force and fought bravely against the Nazi invasion against Poland in WWII with the Polish Underground. He was wounded and captured as a POW but was subsequently released. While in the USA he obtained his PhD in History at Boston University. While studying for his degree, he met his soul mate, Louise Ulan, and they were married. They lived happily together in Cambridge, Cape Cod. and Tequesta, Florida until she passed in 2007. Chester was a Slavic History professor and worked most of his career at Bridgewater State College until his retirement in 1995. His students greatly enjoyed his compassion with history,

Chester enjoyed lobster dinners, little smokies on the hibachi, cooking, entertaining friends and neighbors, swims on Old Silver Beach, cognac and cigars, family visits, playing cards, and chess. He particularly enjoyed his family and loved to see them as often as possible.

He will be entombed in his final resting place next to his wife Louise at Our Lady of Czestochowa Shrine Cemetery in Doylestown, PA. Funeral Services will be added shortly.