To share your memory on the wall of Edward Allen Carlson, Sr., sign in using one of the following options:

Provide comfort for the family by sending flowers or planting a tree in memory of Edward Allen Carlson, Sr.

Provide comfort for the family by sending flowers or planting a tree in memory of Edward Allen Carlson, Sr.

Born in Philadelphia, PA to the late Eric and Bertha (Herberg) Carlson, Edward lived in the Olney section of Philad... Read More
Edward A. Carlson, Sr. (Al to most) passed away on Sunday, November 8, 2020 at his residence in Quakertown, PA. He was 69

Born in Philadelphia, PA to the late Eric and Bertha (Herberg) Carlson, Edward lived in the Olney section of Philadelphia, before moving to Cheltenham where he graduated from Cheltenham High School. He received an associate degree from Montgomery County Community College. After starting a family, he moved to Warminster, PA where he resided for 34 years before moving to Quakertown one year ago.

He worked as an executive officer for the Heintz Corporation, an aircraft engine manufacturing company for over 25 years, until becoming a kitchen and bath designer for over 15 years until his retirement. Edward was a proud Little League coach for the Olney Midget Teen League, as well as Warminster Baseball. He was a die-hard Eagles fan and spent nearly every Sunday with his children watching the game. His favorite vacation spot was Ocean City, New Jersey where he never went a day without eating his favorite Mack and Manco pizza for lunch. He was also an animal lover, aside from his many pets, he spent many days feeding the squirrels, deer, birds, and chipmunks that shared his property. He also spent time by volunteering at the Warminster Volunteer Fire Department for many years. He was a member of the Ancient Scottish Rite of Philadelphia, and the Free and Accepted Masons with Concordia Lodge #67 of Jenkintown.

In lieu of flowers, memorial gifts to the National Kidney Foundation https://www.kidney.org/donation
or to the Shriners Hospital for Children of Philadelphia https://donate.lovetotherescue.org/give/119312/#!/donation/checkout?utm_source=shcmain&utm_medium=referral&utm_content=donatebutton&utm_campaign=shc&c_src=shc&c_src2=main
will be greatly appreciated.

To send flowers to the family or plant a tree in memory of Edward Allen Carlson, Sr., please visit our Heartfelt Sympathies Store.

We encourage you to share your most beloved memories of Edward Allen Carlson, Sr. here, so that the family and other loved ones can always see it. You can upload cherished photographs, or share your favorite stories, and can even comment on those shared by others.

Posted Nov 12, 2020 at 12:24pm
Please accept our most heartfelt sympathies for your loss our thoughts are with you and your family during this difficult time.

Posted Nov 12, 2020 at 12:13pm
We enjoyed watching the Eagles games with you. You will always be remembered by the Harrigans Pub Family sitting at the low tables with your children. 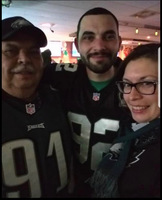 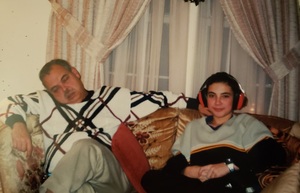 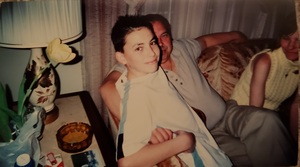 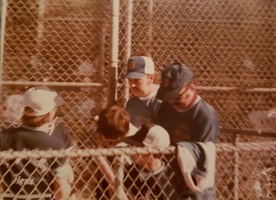