To share your memory on the wall of George Hoffer, sign in using one of the following options:

Provide comfort for the family by sending flowers or planting a tree in memory of George Hoffer.

Provide comfort for the family of George Hoffer with a meaningful gesture of sympathy.

Born on May 18, 1923 in Lansdale, PA to the late Harry and Beulah (Rahn) Hoffer, George has been a lifelong resident of Bucks and Montg... Read More
George R. Hoffer passed away on Thursday, May 20, 2021 at Neshaminy Manor, Doylestown, PA. He was 98.

Born on May 18, 1923 in Lansdale, PA to the late Harry and Beulah (Rahn) Hoffer, George has been a lifelong resident of Bucks and Montgomery Counties.

He served his country during World War II, training as a pilot in the Army Air Corps. During those years, he traveled stateside to different Army bases, flying B-24s, hunting, fishing, and exploring the country during his free time. After the War, he enrolled at Peirce College, earning a degree in accounting. George worked for many years at FMC Corporation in Colmar, PA where he formed lifelong friendships. He loved to be outside, fishing, gardening, caring for his trees and working in the yard, and was a close observer of the animals and birds that frequented his home. He was an avid cardplayer, always up for playing a few rounds with friends and family. In his 60s he took up woodworking, building several pieces of live edge furniture and projects for his friends and family. In their early years together, he and Loretta enjoyed ballroom dancing, and later, canning and preserving their garden's bounty. George will be remembered for his warmth, good humor, sense of adventure, and ability to take pleasure in the simplest of life's gifts.

Services will be held privately at a later date.

In lieu of flowers, the family requests that George's memory be honored with memorial gifts to: The Yellowstone to Yukon Conservation Initiative, or The Time for Trees Initiative of the Arbor Day Foundation.

To send flowers to the family or plant a tree in memory of George Rahn Hoffer, please visit our Heartfelt Sympathies Store.
Read Less

Receive notifications about information and event scheduling for George 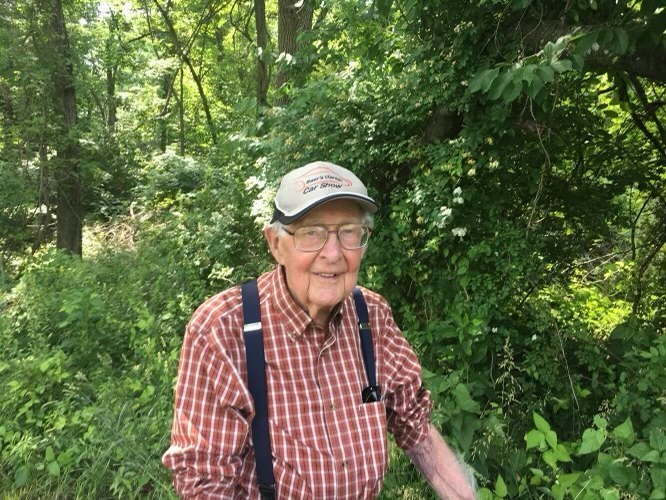 Donations are being accepted for:
Yellowstone to Yukon Conservation Initiative The Time for Trees Initiative of the Arbor Day Foundation

We encourage you to share any memorable photos or stories about George. All tributes placed on and purchased through this memorial website will remain on in perpetuity for generations.

We encourage you to share your most beloved memories of George here, so that the family and other loved ones can always see it. You can upload cherished photographs, or share your favorite stories, and can even comment on those shared by others.