To share your memory on the wall of Janet S. Rankin, sign in using one of the following options:

Provide comfort for the family by sending flowers or planting a tree in memory of Janet S. Rankin.

Provide comfort for the family of Janet S. Rankin with a meaningful gesture of sympathy.

Janet Stouck Rankin, age 84, passed away on Monday, December 14, 2020 at her home in Doylestown, Pennsylvania.

She was born July 1, 1936 to the late Almeta and Lawrence Rankin in Bridgeville, Pennsylvania, where she resided until attendi... Read More
Janet Stouck Rankin, age 84, passed away on Monday, December 14, 2020 at her home in Doylestown, Pennsylvania.

She was born July 1, 1936 to the late Almeta and Lawrence Rankin in Bridgeville, Pennsylvania, where she resided until attending college.

Janet earned a Bachelor of Arts, Journalism degree from Pennsylvania State University; Associate of Science, Nursing degree from Shepherd College; and a Master of Arts, Registered Nursing degree from Rider University.
Janet was intelligent, thoughtful, musically talented, and loved to travel. She sang in several local musical groups, and cruises to the Caribbean were a favorite destination. She retired from a successful career in Nursing, and enjoyed many hours of Duplicate Bridge, earning the ACBL Bronze Life Master designation in 2009.

As important as all of these achievements were to her, Janet truly cherished her family and friends above all else. She was deeply loved and will be greatly missed by many.

There will be no public memorial service.

In lieu of flowers, memorial gifts to The American Cancer Society in Janet’s memory would be appreciated.

To send flowers to the family or plant a tree in memory of Janet S. Rankin, please visit our Heartfelt Sympathies Store.
Read Less 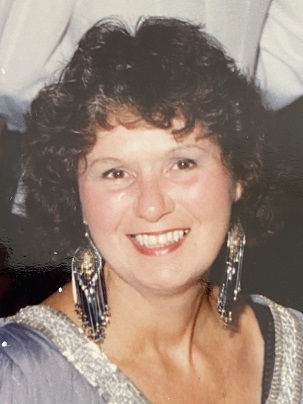 Donations are being accepted for: American Cancer Society.

We encourage you to share any memorable photos or stories about Janet S. Rankin. All tributes placed on and purchased through this memorial website will remain on in perpetuity for generations.

Kathy, we are so very saddened to hear about your mother.’s passing. Please find comfort knowing that she may be gone from your sight, but never from your heart. Sending our love during this difficult time. The Shields Family
Comment | Share Posted Dec 20, 2020 at 12:06am via Condolence