To share your memory on the wall of John Molnar, sign in using one of the following options:

John was a 1961 Graduate of Florence Township Memorial High School then attended the University of Miami in Coral Gables, Florida in the Early 1960’s. He then sailed the Caribbean, employed as a Mate on multiple Windjammer Sailing Cruise ships.

His profound love for his country and the sea made joining the United States Navy an easy choice. In the Navy, where he served from 1962-1966 aboard the Nuclear Submarine USS James Monroe and other duty stations.

He married his High School sweetheart and love of his life, Anita Louise Brown, of Florence New Jersey on August 27th 1966, and they recently celebrated their 54th Wedding anniversary in August of 2020.
After his Honorable Discharge from the Navy, John worked in many capacities for PSE&G in New Jersey, starting as a Lineman and retiring as a Nuclear Maintenance Supervisor after 30 years of faithful service in 1996. He later was employed as a Contactor by various companies at Salem Nuclear Generating Station in Salem, NJ for 12 years until his permanent retirement in 2008. He then fulfilled his dream of retiring to Florida.

He is remembered as a kind, generous, and gentle man who loved his family and friends deeply, had a love for the water and sailing with his friends and family, and had tremendous love and respect for America and the men & women who serve in the armed forces.

John was preceded in death by his parents, John A. Molnar and Mary K. Molnar of Bayville, NJ; his younger brother, Edward F. Molnar of Summers Point, NJ; and granddaughter, Emmalee K. Molnar.

A service with military honors will be held at the Brigadier General William C. Doyle Memorial Cemetery, 350 Province Line Road, Wrightstown, NJ 08562 on Friday, November 20, 2020 at 11:30 am. Please arrive no later than 11:15 am to the cemetery.

In lieu of flowers, the family kindly asks that donations be made to the Disabled American Veterans Charity - https://secure.dav.org/site/Donation2?df_id=18815&mfc_pref=T&18815.donation=form1

To send flowers to the family or plant a tree in memory of John Rodger Molnar, please visit our Heartfelt Sympathies Store.

Receive notifications about information and event scheduling for John

Donations are being accepted for: Disabled American Veterans.

We encourage you to share your most beloved memories of John here, so that the family and other loved ones can always see it. You can upload cherished photographs, or share your favorite stories, and can even comment on those shared by others.

Joe and Harry and Clint Ring sent flowers to the family of John Rodger Molnar.
Show you care by sending flowers

Sentiments of Serenity Spray was purchased and planted a memorial tree for the family of John Molnar. Send Flowers

Posted Nov 17, 2020 at 09:55pm
To the Molnar Family. We will always have fond memories of Mr. Molnar. His guidance and wisdom will never be forgotten.

Joe and Harry purchased flowers for the family of John Molnar. Send Flowers 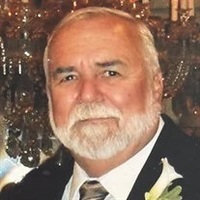