To share your memory on the wall of Dr. Joseph M. Reyes, sign in using one of the following options:

Provide comfort for the family by sending flowers or planting a tree in memory of Dr. Joseph M. Reyes.

Provide comfort for the family of Dr. Joseph M. Reyes with a meaningful gesture of sympathy.

On Monday, March 15, 2021, Dr. Jose Manuel Reyes II, loving husband, father, and grandfather, passed away peacefully in his home at the age of 67 after a brave and arduous battle against cancer.

Jose was born on June 13, 1953, in Philade... Read More
On Monday, March 15, 2021, Dr. Jose Manuel Reyes II, loving husband, father, and grandfather, passed away peacefully in his home at the age of 67 after a brave and arduous battle against cancer.

Jose was born on June 13, 1953, in Philadelphia, Pennsylvania, to Ida Laborde and Dr. Jose Manuel Reyes. His father was a physician in the military and Jose grew up in many locations across the States and Puerto Rico. During childhood, Jose loved music and science. These passions led him to pursue a career in medicine.

In 1978, Jose graduated Alpha Omega Alpha from Temple University School of Medicine. While studying at Temple, he met the love of his life, Dr. Magdalena Wiltz. They married on June 18, 1977. They eventually settled in Doylestown, Pennsylvania, where they raised two children, Dr. Jose Manuel Reyes III, and Dr. Magdalena Maria Reyes.

Early in his medical career he served as an Assistant Clinical Professor of Pathology at Temple University School of Medicine and his original research using the electron microscope was published in several peer-reviewed journals. Jose retired from a successful thirty-year career in anatomical and clinical pathology in 2007. Prior to retirement, he worked at St. Mary’s Hospital and at Quest Diagnostics.

Jose was a Renaissance man. With the mind of an engineer, he studied higher level mathematics and computer programming alongside his work in medicine. At home he was often found breathing life back into broken appliances and tinkering with electronics. At other times he enjoyed remodeling bathrooms and landscaping his yard. One of his final projects entailed using stones to outline his tree beds with the help of his grandchildren. As a musician, he sang, played the piano and guitar, and loved many forms of music ranging from the Baroque period to The Beatles. He had a knack for naming classical pieces by composer and key. In high school along with his brother, he composed music, some of which was played on radio stations in Puerto Rico. He was also a fan of fine art and was particularly fascinated by impressionistic works.

Jose’s favorite memories were of travelling the world with his beloved wife of forty-three years. One of his last overseas trips was to Jerusalem where he explored the Holy Land. It was a transformative trip for him and one which helped renew his faith in God and in the Church. This was a great comfort to him in his final months.

When Jose was not travelling or exploring his hobbies, his greatest pleasures were with his family and friends, especially during the Christmas season. Jose loved setting up the Christmas tree, enjoying homecooked holiday meals, and reading The Night Before Christmas to his family.

Jose was predeceased by his father. He is survived by his wife, Magdalena, his son, Jose and his wife Carolyn, his daughter, Maggie and her husband Chris, and his grandchildren Luci, Willie, Brandon and Ryan. He is also survived by his family in Puerto Rico: his mother, Ida, his brother, Cesar, and his three sisters, Ida, Sylvia and Maritza.

The family would like to give their sincere thanks to the teams at the Fox Chase Cancer Center, MossRehab, and Doylestown Health Home Care and Hospice Services for their outstanding care and support over the last two years.

In lieu of flowers, donations can be made to Fox Chase Cancer Center and Doylestown Health Home Care and Hospice Care Services.

To send flowers to the family or plant a tree in memory of Dr. Joseph M. Reyes, please visit our Heartfelt Sympathies Store.
Read Less 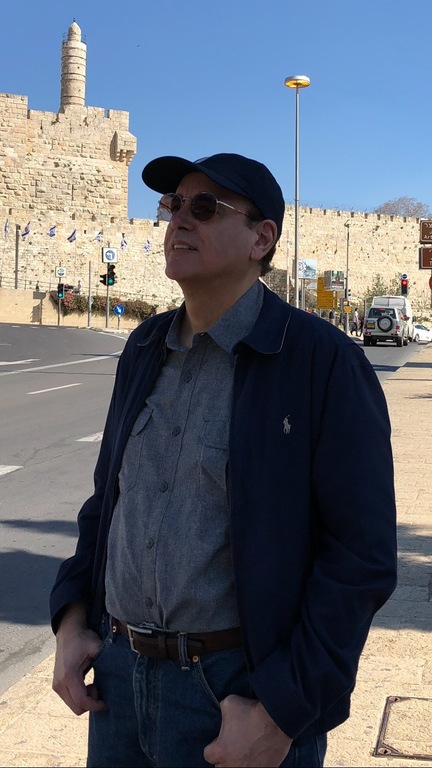 We encourage you to share any memorable photos or stories about Dr. Joseph M. Reyes. All tributes placed on and purchased through this memorial website will remain on in perpetuity for generations.

EDINA AND BOB GRUJIC and Moira and Tom sent flowers to the family of Dr. Joseph M. Reyes.
Show you care by sending flowers
Hand delivered by a local florist

EDINA AND BOB GRUJIC and Moira and Tom sent flowers to the family of Dr. Joseph M. Reyes.
Show you care by sending flowers
Hand delivered by a local florist
FS

Wishing you peace to bring comfort, courage to face the days ahead and loving memories to forever hold in your hearts.