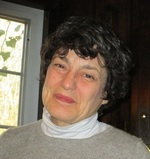 Judith Elizabeth Cullen, of Doylestown, passed into the heavenly kingdom on Wednesday, November 11, 2020. She was 75.

Judi was born in Philadelphia, the daughter of Leonard and Elizabeth (nee Rice) Linamen. She was the wife of 47 years of Kevin C. Cullen, mother to Peter (Sarah) and Jonathan (Kim) Cullen, of Philadelphia, and loving Pooka to grandchildren Barney, Benji, and Avery Cullen. Judi and Kevin also were sponsors to many foreign exchange students from Del Val College, who became part of the family.

Judi lived part of her youth in Pittsburgh. After graduating from Westminster College and University of Pittsburgh she became an English teacher, and after teaching several years in Western Pennsylvania, she joined the staff at Central Bucks East, where she taught many years before moving to Lenape Middle School. She had a genuine passion for the language and the history that she taught, which was something that she wanted to share with each student that sat in one of her classes. Judi was working on her doctoral thesis, but never completed it because she loved teaching her students so much. She was a wonderful and caring teacher and colleague.

Retiring after 30 years in the Central Bucks School District, she continued her love of education by becoming a guide and researcher for the Bucks County Historical Society at Mercer Museum and Fonthill. Judi was very active in the Yoga and walking groups at the Central Bucks YMCA, and was a wonderful friend. She loved being a photographer, taking pictures and framing them for those loving friends. The world has lost a gem.

With the pandemic in place a memorial will be postponed until a future time.

The family requests that in lieu of flowers, contributions be made to the Alzheimer's Foundation of America at www.alzfdn.org