To share your memory on the wall of Kathryn John, sign in using one of the following options:

Print
Kathryn Billie John (“Billie”), passed away peacefully at the Country Homestead, a residential care home in Ottsville, Pennsylvania, at the age of 75, and after a very long battle with Alzheimer’s disease.

Billie was born to Elm... Read More
Kathryn Billie John (“Billie”), passed away peacefully at the Country Homestead, a residential care home in Ottsville, Pennsylvania, at the age of 75, and after a very long battle with Alzheimer’s disease.

Billie was born to Elmer Naylor and Anne McGowan. She was raised in Lambertville, New Jersey, where she remained until her marriage to David B. John in 1967. The two briefly lived in Harrisburg and Connecticut before settling in the Borough of Doylestown in 1968. Billie remained in the Borough with her husband until her move to the Country Homestead.

She worked for many years at the Continental Bank in Doylestown. She belonged to the National Organization for Women, an activist organization that promotes equal rights for women, and she supported several local organizations including the Democratic Party, as well as various animal protection agencies.

She is survived by her husband, David Butler John; her two daughters, Heather John and Hollie John-Gash, her Son-in-law, David Gash, her beloved grandchildren, Skylar and Finn Gash; her brother, Dennis Naylor; and, nieces and nephews. She is preceded in death by her son, Michael John, and her brother, Robert Naylor.

In lieu of flowers, donations can be made in her name to the Bucks County SPCA (https://www.bcspca.org/support/donate-online/) or the Alzheimer’s Association (www.alz.org).

To send flowers to the family or plant a tree in memory of Kathryn "Billie" John, please visit our Heartfelt Sympathies Store.

Receive notifications about information and event scheduling for Kathryn

Donations are being accepted for:
Bucks County SPCA Alzheimer's Association

We encourage you to share your most beloved memories of Kathryn here, so that the family and other loved ones can always see it. You can upload cherished photographs, or share your favorite stories, and can even comment on those shared by others.

Posted Aug 06, 2020 at 10:53pm
David, Heather and Holly,
I am sadden to see that Billie passed away. I worked 4 summers with her at Continental Bank and enjoyed the time I spent with her. She was always so friendly and cheerful. She loved talking about the girls with their swimming and diving at CB East. I cherished the times later when Billie and David and I would get together for dinner and catch up on our lives over the years. The last time we ran into each other was a few years ago at Appleby's. During this difficult time remember all the good times you had together and this will help ease your sorrow some. 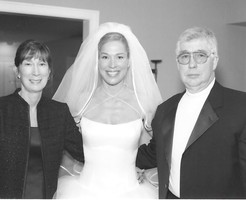 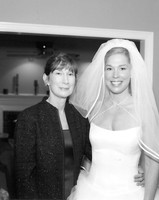 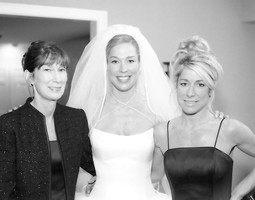