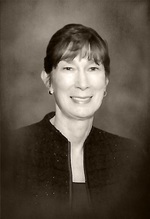 Kathryn Billie John (“Billie”), passed away peacefully at the Country Homestead, a residential care home in Ottsville, Pennsylvania, at the age of 75, and after a very long battle with Alzheimer’s disease.

Billie was born to Elmer Naylor and Anne McGowan. She was raised in Lambertville, New Jersey, where she remained until her marriage to David B. John in 1967. The two briefly lived in Harrisburg and Connecticut before settling in the Borough of Doylestown in 1968. Billie remained in the Borough with her husband until her move to the Country Homestead.

She worked for many years at the Continental Bank in Doylestown. She belonged to the National Organization for Women, an activist organization that promotes equal rights for women, and she supported several local organizations including the Democratic Party, as well as various animal protection agencies.

She is survived by her husband, David Butler John; her two daughters, Heather John and Hollie John-Gash, her Son-in-law, David Gash, her beloved grandchildren, Skylar and Finn Gash; her brother, Dennis Naylor; and, nieces and nephews. She is preceded in death by her son, Michael John, and her brother, Robert Naylor.

In lieu of flowers, donations can be made in her name to the Bucks County SPCA (https://www.bcspca.org/support/donate-online/) or the Alzheimer’s Association (www.alz.org).