nginx
About An Amazing Life|Help 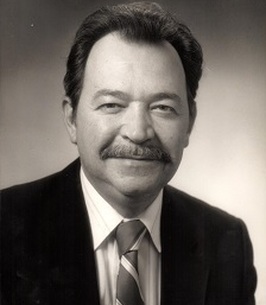 Memorial Candles Lit for Kenneth | SEE ALL
Light a Candle
"We are honored to provide this Book of Memories to the family."
— Varcoe-Thomas Funeral Home of Doylestown, Inc.
""And I will dwell in the house of the Lord forever." - perfect destiny."
— Mr. & Mrs. Richard Brinsfield
Funeral Details Memory Wall Photos & Videos Send Flowers

Print
Kenneth P. D’Amico of Doylestown, PA was called home to his Lord and Savior Jesus Christ on Tuesday, November 6, 2018. He was 71.

Born in Philadelphia, PA to the late Joseph Paul and Dorothy (Donahue) D’Amico, Ken was a resident of Doylestown, PA for over 45 years.

He was a graduate of Bishop McDevitt High School and received a Bachelor’s Degree from Temple University. Ken was drafted in the US Army in 1967 and was stationed in Thailand during the Vietnam War with the ASA. During the early 1970's, he was employed with the National Security Agency, then GRD for 13 years, RCA/GE/CSC for 20 yrs, ending his career with Aetna, then freelanced after that until his retirement. Ken wrote software programs for the US Navy for anti-submarine warfare that helped with sonar and tracking of ships and submarines. He was an avid artist and enjoyed acrylic painting and working around the home. Ken was a member of the American Society of Inventors; a member of Doylestown United Methodist Church; and a US Army Veteran having served during the Vietnam War.

He was the beloved husband of 46 years to Sally D’Amico; devoted father of Christopher D’Amico, Dean D’Amico and wife Lindsay, Drew D’Amico and wife Kacey; dear brother of Denise Taylor and husband Cliff, and the late Karen Hutcheon-Leflar; loving grandfather of Everett and Alden D’Amico.

Interment will be private.

In lieu of flowers, memorial gifts to the Wounded Warrior Project, PO Box 758517, Topeka, KS 66675 or www.woundedwarriorproject.org would be appreciated.

To send flowers to the family of Kenneth P. D'Amico, please visit our Heartfelt Sympathies Store.

We encourage you to share any memorable photos or stories about Kenneth. All tributes placed on and purchased through this memorial website will remain on in perpetuity for future generations.

DL
We are so sad to hear of Ken’s passing. He and Sally were some of our first friends in Doylestown and 40 some years later we still called them best friends, even with distance between. Ken wIll be remembered as a really fine mind, but also as a fun, generous, kind, deeply spiritual man who cherished his family and was always ready to help with a need. Rest in the Lord’s Peace, dear friend.

We love you Sally, Chris, Dean, Drew, and families and ask many blessings in your name.

AB
Prayers are with the D'Amico family
Thank You for your service Ken
God Bless
Allen Brinsfield - Friday November 09, 2018 via Condolence Message
Share This:

PB
Sally and family, Thought and prayers to you at this difficult time....Patty
Patricia Butler-Mccauley - Friday November 09, 2018 via Condolence Message
Share This:

"And I will dwell in the house of the Lord forever." - perfect destiny.
Mr. & Mrs. Richard Brinsfield - Thursday November 08, 2018 via Memorial Candle
Share This:

MG
To the D’Amico Family: May the LORD comfort your hearts and sustain your spirits during this time of great loss. With our sincere condolences, Margaret Gallo, Mrs. Josephine Gallo and Marianne Gallo Brody
Margaret Gallo - Wednesday November 07, 2018 via Condolence Message
Share This:

D
My condolences to the D'Amico families. I'm sorry to hear about the loss of dear Kenneth. Some Bible scriptures that have helped me during times of loss include Isaiah 26:19 and Psalm 37:28,29 which states in part: "Your dead ones will live...They will rise up". And the Bible also says "The righteous themselves will inherit the earth, and they will forever reside upon it". Therefore the Bible promises that we may be reunited with our loved ones lost in death by means of an earthly resurrection. This is further confirmed by John 5:28,29 which says "Do not marvel at this, because the hour is coming in which all those in the memorial tombs will hear his voice and come out". This is possible thanks to Jesus Christ's ransom sacrifice. Thus we have a genuine hope of everlasting life in a world without wickedness or suffering. For more encouraging thoughts, please visit jw.org
David George - Wednesday November 07, 2018 via Condolence Message
Share This:
1
Page 1 of 1
Share
×

Thank you for sharing!

Or use your email:

Connect with families at their time of loss. By subscribing to email updates, you will receive two daily updates containing all new stories, photos, candle lightings, condolences, and more.