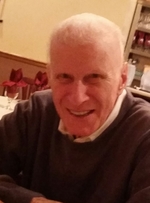 Leonard Belfus of Hatboro, PA passed away on Wednesday, September 9, 2020 at New Seasons at New Britain, Chalfont, PA. He was 99.

Leonard was born in Newark, NJ to the late Abraham and Eva (Friedland) Belfus. He attended Weequahic high school and graduated in 1939. After high school, Leonard enlisted in the Army Air Force and became a bomber pilot in World War II. He was stationed in the Philippines and flew 52 missions. After the war he moved to Hatboro where he opened Len’s Shoe Box in 1952 and it remained open for 53 years.

Leonard was president of Rotary, Kiwanis, Hatboro Chamber of Commerce and a member of the Hatboro School Board. His passions were golf and tennis and he was a member of Warrington Country Club and Philmont Country Club.

Services will be private.