To share your memory on the wall of Mark Weymer, sign in using one of the following options:

Print
Mark Clifford Weymer passed away unexpectedly on Monday, February 1, 2021 at his residence in Bensalem, PA. He was 44 years old.

Born in Middletown, NY, he graduated in 1994 from Middletown High School. Sgt. Mark Weymer served 5 years in... Read More
Mark Clifford Weymer passed away unexpectedly on Monday, February 1, 2021 at his residence in Bensalem, PA. He was 44 years old.

Born in Middletown, NY, he graduated in 1994 from Middletown High School. Sgt. Mark Weymer served 5 years in the US Marine Corps in aviation electronics. As a civilian, he worked on the Osprey aircraft maintence on a military airbase in Albuquerque, NM. He also worked for the Coast Guard servicing aircrafts in North Carolina. While residing in Bensalem, he also worked for Life Support International.

Mark was an avid sports fan. His favorite sport was baseball, as he was a big fan of the NY Yankees.

He is survived by his parents Georgine Ruppert of Florida, and Wayne Weymer and his companion, Barbara Besson of New York; sister Tina Leslie, and husband Ted; niece, and nepherw, Megan and Matthew Leslie; several aunts, uncles and cousins.

To send flowers to the family or plant a tree in memory of Mark Clifford Weymer, please visit our Heartfelt Sympathies Store.

Receive notifications about information and event scheduling for Mark

There are no events scheduled. You can still show your support by sending flowers directly to the family, or planting a memorial tree in memory of Mark Clifford Weymer.
Visit the Heartfelt Sympathies Store

We encourage you to share your most beloved memories of Mark here, so that the family and other loved ones can always see it. You can upload cherished photographs, or share your favorite stories, and can even comment on those shared by others. 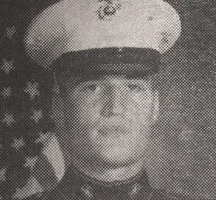