To share your memory on the wall of Michael Mettalia, sign in using one of the following options:

Print
Michael James Mettalia of Perkasie, PA passed away at his residence surrounded by his family on Friday, March 1, 2019. He was 56.

Born in Philadelphia, PA Mike was a resident of Quakertown and Sellersville before moving to Perkasie, PA.... Read More
Michael James Mettalia of Perkasie, PA passed away at his residence surrounded by his family on Friday, March 1, 2019. He was 56.

Born in Philadelphia, PA Mike was a resident of Quakertown and Sellersville before moving to Perkasie, PA.

Mike was known as a blues musician and band leader. He wrote music, played the harmonica, and sang in the band called Mike Mettalia & Midnight Shift. He formed Midnight Shift in 2005 which released 4 albums: Bulletproof, Rhythm Rockin’ Boogie, Midnight Sun, and Crescent Moon. He also played in a former band called Crosscut Saw in the 90s and played with Illinois Slim and The Maxwell Street Band in early 2000. In April 2018, Mike was inducted into the Blues Hall of Fame. Mike travelled and played in Lehigh, Montgomery and Bucks county areas with his bands; enjoyed running; and was a US Army Veteran.

He was the beloved son of Joseph B. Mettalia Jr and Joyce (Ryan) Mettalia; dear brother of Joe Mettalia and Karen Tatarowicz; loving uncle of Joseph and Zachary Mettalia, Aubrey, Benjamin, and Michael Tatarowicz. Mike was preceded in death by his nephew Nicholas Tatarowicz.

He was loved and admired by his extended Midnight Shift family of Mike McMillan, Paul Pluta, and Tim Smith.

To send flowers to the family or plant a tree in memory of Michael James Mettalia, please visit our Heartfelt Sympathies Store.

Receive notifications about information and event scheduling for Michael

Donations are being accepted for: ALS Therapy Development Institute.

We encourage you to share your most beloved memories of Michael here, so that the family and other loved ones can always see it. You can upload cherished photographs, or share your favorite stories, and can even comment on those shared by others.

Mike,Paul and Tim-The Midnight Shift and Coleen Ryan sent flowers to the family of Michael James Mettalia.
Show you care by sending flowers

Posted Mar 08, 2019 at 05:03pm
Mike will always be remembered for being a very kind, thoughtful and positive thinking person. We are all fortunate for having been a friend of Mike and his positive influences on our lives. A huge thanks to Karen and her family who cared for Mike after he was diagnosed with ALS, he was very fortunate to have you care for him.
Comment Share
Share via:
MA

Posted Mar 07, 2019 at 02:06pm
Mike played for Buckingham Township for many years - Midnight Shift was one of our favorite concerts. We are so sorry for your loss. He was always a very nice person and so fun to work with over the years. Mary Jane Atkinson, Recreation Coordinator for Buckingham Township
Comment Share
Share via:
MS

Posted Mar 05, 2019 at 10:52pm
In loving memory and tribute to a great friend and artist, we feel privilege to have known you and to have shared the gift of music. You will always be in our hearts.

Flowers were purchased for the family of Michael Mettalia. Send Flowers

Posted Mar 04, 2019 at 03:21pm
Dear Karen and family,
Our sincere condolences on the passing of Mike. I remember him as a kind and gentle person. Our thoughts and prayers are with you at this time of sorrow. All our love, Steve and Kathy Pastore
Comment Share
Share via: 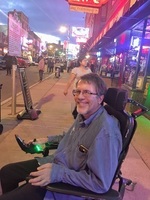 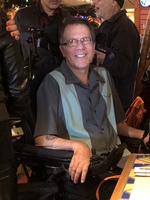 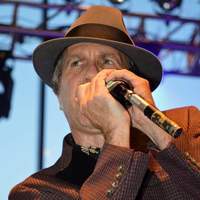