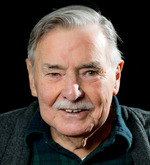 Milton E. Bradley of Doylestown, PA passed away on Sunday, November 1, 2020 in Abington Hospital Jefferson Health, Abington, PA. He was 87.

Born in Dolington, PA to the late Edward and Madeline (Balderston) Bradley, Milton resided in Newtown, Wycombe, Upper Makefield and Buckingham before moving to Doylestown in 2017.

Milton graduated from Council Rock High School in 1950 then attended the Trenton School of Industrial Arts for Building Technology. He was formerly employed as a master carpenter with Earl Hutchinson Builder, Brud Hutchinson Builder then started his own company Milton Bradley Builder. In later years, he was employed by Pennswood Village as its carpenter. Milton was a devoted member of St. Luke’s Episcopal Church of Newtown for 66 years having served on the vestry many times. He enjoyed reading and was a Civil War buff, belonging to the Doylestown Civil War Roundtable for many years. He was an Army Veteran and served in as a tank commander during the Korean War. He married the love of his life on New Year’s Day, 8 days after returning from Korea.

He was a devoted husband, father, grandfather, great-grandfather and his wife and family were his life.

Services will be private

In lieu of flowers, memorial gifts to St. Luke’s Episcopal Church, 100 Washington Avenue, Newtown, PA 18940 or http://stlukesnewtownpa.org/giving/ would be appreciated.