To share your memory on the wall of Otto Bade, sign in using one of the following options:

It was in an elevator in New York that he met Dae Clements. They were soon married and were never apart except when Otto went abroad to serve in World War II where he served in the Phillipines. He wasn’t drafted but volunteered “because it was my duty to serve my country.” It was in 1981, that Otto and Dae moved to New Hope, where he opened ORB Jewelers on Main Street in New Hope. He was named Businessman of the Year several times. After Otto retired, he and Dae sold antiques from their Doylestown farm, where they renovated a farmhouse from the 1700’s. They also enjoyed gardening and raised farm animals.

He is survived by a sister Etta, a brother Bill, several nieces and nephews. He will be especially missed by his niece Victoria, a great niece, Jaclyn and a great,great niece Milania, and many loving friends.

In memory of Otto, donations may be made to Bucks County SPCA, PO Box 277, Lahaska, PA 18931 or www.bcspa.org would be appreciated.

To send flowers to the family or plant a tree in memory of Otto R. Bade, please visit our Heartfelt Sympathies Store.

Receive notifications about information and event scheduling for Otto

There are no events scheduled. You can still show your support by sending flowers directly to the family, or planting a memorial tree in memory of Otto R. Bade.
Visit the Heartfelt Sympathies Store

Donations are being accepted for: Bucks County SPCA.

We encourage you to share your most beloved memories of Otto here, so that the family and other loved ones can always see it. You can upload cherished photographs, or share your favorite stories, and can even comment on those shared by others.

Posted Jan 22, 2020 at 10:18am
Don’t know why but Otto just came across my mind. So sad to see that he had passed. Don’t know if anyone will ever read this but Otto was a great guy . I had known him while I was a teen dating his niece. Otto and Dae were so warm and welcoming. At the time I didn’t realize what a talented artist he really was. I visited New Hope about 7 years ago on a long weekend. Asked a shop owner if he knew of Otto. She said sure he lives right outside town with Dae however since the assault he no longer has a shop. Drove passed his home entire weekend. Wanted to stop by and say hello, however after hearing of the assault thought not a good idea to show up unannounced. Sorry I didn’t stop Great Man, RIP
Comment Share
Share via:

Posted Aug 09, 2019 at 05:26pm
This is for Vicki his niece, my name is Janet and I lived next door to your aunt and uncle in New Hyde Park on North 3rd st. As children you I played in their yard together. I remember the fishermen net hammock we would swing on. The beautiful Magnolia Tree and the pool. They were wonderful people, my parents traveled together with them and they were always great fun! I did visit the Grist Mill when my daughter was doing her Masters Degree near by and was able to bring my mom to visit with them before she passed! I’m sending you much love !
Comment Share
Share via: 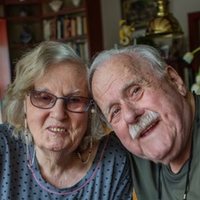