To share your memory on the wall of Peter Yaroma, sign in using one of the following options:

Print
Peter S. Yaroma IV of Downingtown, PA, passed away on Sunday, December 2, 2018 surrounded by love ones. He was 45. He lived each day as if it was his last yet also believing he had a million tomorrows.

“Pete” had a voice. Sometimes ... Read More
Peter S. Yaroma IV of Downingtown, PA, passed away on Sunday, December 2, 2018 surrounded by love ones. He was 45. He lived each day as if it was his last yet also believing he had a million tomorrows.

“Pete” had a voice. Sometimes when he was driving, he would break out into song. Elvis was his favorite, “Love me Tender,” and he would sing each note with the same enthusiasm and love he brought to life. “He loved music,” says his fiancé Erin Short, “And he had a beautiful singing voice.”

He also used that voice to yell at the TV at least once a day, while playing NFL Madden with his cousin Phil. And then there was his laughter – both memorable and contagious. Everyone around him would belly roll, sometimes just because he was laughing.

Pete, a C.B East graduate ('92), was an avid Chicago Bears fan, prolific artist, dog lover and traveler. Charming and gregarious, and always the snappy dresser, he was a lifelong friend to many. After a lifetime battle with hemophilia, which he braved with tremendous strength, humor and grace, his body was unable to continue fighting,

He is survived by his beloved fiancé Erin Short of Downingtown, PA, his mother and step father Karen and Joseph Persico of Warwick, New York, his step mother Eija Yaroma and younger brothers Brandon and Justin of Doylestown, PA, his loving grandmother (Nan) Blanca Zaboly and Uncles Gary and Raymond Zaboly of Riverdale, NY, and Uncle Steven and Aunt Judy Yaroma from Florida. He is preceded in death by his father Peter Yaroma III, and his younger brother Kristian Yaroma of Doylestown along with his grandfather Alexander (gramp) Zaboly of Riverdale. Pete and his cousin Phil (Kara) Yaroma of Warrington, PA grew up together and were lifelong best friends.

To send flowers to the family or plant a tree in memory of Peter S. Yaroma, please visit our Heartfelt Sympathies Store.

Receive notifications about information and event scheduling for Peter

Donations are being accepted for: National Hemophila Foundation.

We encourage you to share your most beloved memories of Peter here, so that the family and other loved ones can always see it. You can upload cherished photographs, or share your favorite stories, and can even comment on those shared by others.

Posted Dec 10, 2018 at 07:27pm
I am so sorry to learn of the recent loss of your loved one. When dealing with loss, it is important to know that your loved one is not suffering. In fact, Jesus Christ himself spoke of death, and likened it to sleep. In John 11:11, Jesus said "Lazarus, our friend has fallen asleep, but I am traveling there to awaken him". Jesus, through God's Holy Spirit, later resurrected his friend back to life. That scripture has been extremely comforting to me over the years and I hope can do the same for you. 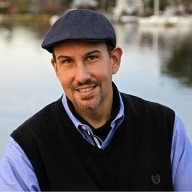