To share your memory on the wall of Rev. Dr. R. Dennis Bowers, sign in using one of the following options:

Provide comfort for the family by sending flowers or planting a tree in memory of Rev. Dr. R. Dennis Bowers.

Provide comfort for the family of Rev. Dr. R. Dennis Bowers with a meaningful gesture of sympathy.

The Reverend Dr. Robert Dennis Bowers, 79, of New Britain, PA died April 25, 2021, surrounded by his family at home. He had been suffering from Parkinson’s Disease, heart attacks, and numerous strokes over the past several years.

Denni... Read More
The Reverend Dr. Robert Dennis Bowers, 79, of New Britain, PA died April 25, 2021, surrounded by his family at home. He had been suffering from Parkinson’s Disease, heart attacks, and numerous strokes over the past several years.

Dennis was originally from Kansas City, KS, the son of Robert S. Bowers and Maxine Nichols Bowers. He leaves behind his wife of 53 years, Nell Shuman Bowers, who is a psychologist with a private practice in Doylestown, PA, where she is also the Clinical Director of The Assurance Group. He is also survived by his three children; Shannon Bowers Wilson (William), Sarah Bowers Ryden (David) and C. Devon Bowers (Katelyn). He will be fondly remembered by his eight grandchildren; Sarah Wilson Turner, Susannah Danielle Wilson, Nicholas Barron Wilson, Ellis Arnold Ryden, Jaxon Robert Bowers, Ilana Grace Ryden, Alora Sage Ryden, and Oliver Devon Bowers, and his two great-grandchildren, Peyton Louise Turner and Cooper Andrew Turner. He also leaves behind his sister, Deanna Bowers, his niece, Gabrielle Stone, his sister in law Terri Bowers and was preceded in death by his brother, Damon Nichols Bowers.

Dennis was sometimes quoted as saying “I’m just an over-educated farm boy from Kansas.” While earning his bachelor’s degree in journalism at the University of Kansas, Bowers worked as a photographer and investigative reporter for The Kansas City Star. He earned a Master’s of Theology from Drew University in Madison, NJ, and his Ph.D. in Organizational Development and Adult Education from Boston University. Dennis’s early career included working with Rev. Dr. Martin Luther King, Jr. as an organizer of the civil rights march in Selma, AL, and serving as a minister of Methodist churches in Ossining, NY, Chatham, NJ, and Lawrence, KS.

While working on his doctorate, Dennis became an addictions therapist and worked with the Adolescent Counseling in Development program, which eventually became a model program for the state of Massachusetts. Subsequently, Dennis became a key advisor to the Nixon administration in the nation’s first War on Drugs and the Director of a newly created residential training program known as the National Drug Abuse Training Center, which provided training on drug abuse prevention and treatment to educators, treatment professionals, law enforcement, elected officials, and foreign dignitaries.

After 18 months, Dennis was invited to move to Des Moines, IA, and establish a new organization to provide adjudicated addicts with an inpatient treatment program that included therapy and a medical clinic, along with methadone treatment. At the end of three years, after the program was well established, Dennis headed to Philadelphia to work at IMS America and champion a new multi-agency program in drug abuse research that was sponsored by the DEA. This Drug Abuse Warning Network program involved collecting drug-related data from medical examiners and hospitals in 29 cities across the country, which was analyzed monthly and then sent to the DEA and the White House.

Over the years, Dennis was consultant to several agencies of the federal government, which sometimes required his traveling to foreign countries to assist the U.S. State Department and the United Nations’ World Health Organization. He found himself helping to create a clinic that served an area of more than 500 square miles in the Peruvian Amazon, assisting villages ravaged by river blindness disease in Africa, gathering data in Argentina to help forecast the spread of viruses in South America, and enhancing a medical communications system in the Democratic Republic of the Congo.

Dennis also founded several corporations to help make the world a better place. The first was Phoenix International, which later morphed into several other health and medical research related companies. Life Force Technologies was a company designed to bring new technologies to the health care field. For example, he helped to apply artificial intelligence technology to an international nonprofit website so that people from different countries could communicate with real-time translation. National Health Partners contracted with several nationwide networks, bringing together more than one million health care providers who agreed to significantly discount their services for members of the Care Express Network. In so doing, Care Express helped over a million people gain access to healthcare, which would otherwise not have been accessible to them.

Regardless of whether he was serving as pastor, teacher, or entrepreneur, Dennis felt that all he did was done in service to his Lord. A celebration of life will be held on June 26, 2021, at Doylestown United Methodist Church, where friends will be received starting at 2:00 PM. Those attending are encouraged to dress colorfully, as it was Dennis’s wish that the celebration be full of color, joy, and laughter. The celebration ceremony will be at 3:00 PM, and friends are invited to continue the celebration following the ceremony.

In lieu of flowers, Dennis requested that contributions be made to the Dennis Bowers Continuing Education Fund at Doylestown United Methodist Church, to assist a young person pursuing higher education. Please make checks payable to DUMC, note the scholarship name in the memo line, and mail to DUMC, 320 E. Swamp Rd, Doylestown, PA 18901.

To send flowers to the family or plant a tree in memory of Rev. Dr. R. Dennis Bowers, please visit our Heartfelt Sympathies Store.
Read Less 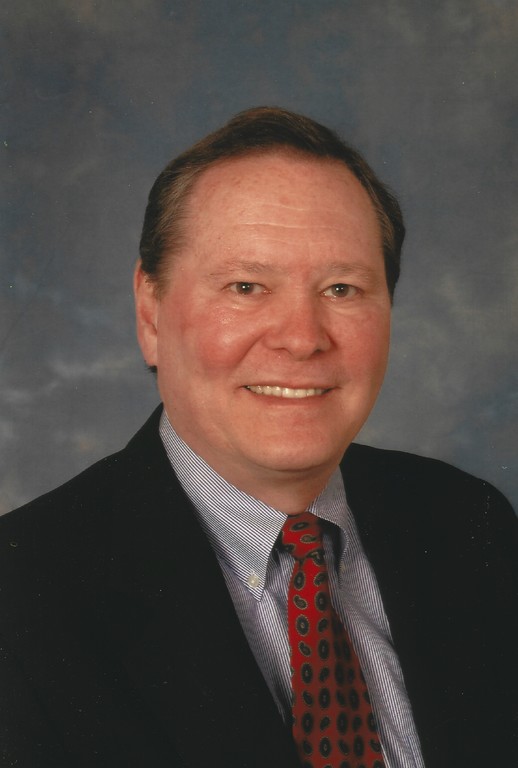 We encourage you to share any memorable photos or stories about Rev. Dr. R. Dennis Bowers. All tributes placed on and purchased through this memorial website will remain on in perpetuity for generations.

To the entire Bower family, My thoughts and prayers are with all of you. All my love, Karen and Anthony Sandone

Karen Sandone purchased flowers for the family of Rev. Dr. R. Dennis Bowers.
Order Now | Show All
Comment | Share Posted May 05, 2021 at 06:50am via Floral Arrangements