To share your memory on the wall of Stephen Douglas Clover, sign in using one of the following options:

Provide comfort for the family by sending flowers or planting a tree in memory of Stephen Douglas Clover.

Provide comfort for the family of Stephen Douglas Clover with a meaningful gesture of sympathy.

Born in Philadelphia, PA to Edward Clover and the late Joan Mary Glynn (Mortimer), he resided in the Chicagoland area, Myrtl... Read More
Stephen Douglas Clover, of New Hope, PA passed away on Monday, February 8, 2021 in Bucks County, PA. He was 57.

Born in Philadelphia, PA to Edward Clover and the late Joan Mary Glynn (Mortimer), he resided in the Chicagoland area, Myrtle Beach, SC, and Philadelphia PA again before moving to New Hope, PA in 2008.

He received a Bachelor of Arts Degree in Journalism and Art History from Indiana University, Indiana.

Stephen worked as an independently contracted facility manager for Charter, and operated his own handyman repair service. He was formerly a professional figure skater, and performed throughout Europe with Holiday On Ice. He helped found the Twisted Knitting & Spinning Annual Fundraiser for Autism Speaks in Lahaska, PA from 2003 to present. Stephen directed and participated in a San Francisco CA to Charleston SC cross country bicycling charity event, Transformation Rotation Project, to raise money to support the HIV impacted homeless community in Chicago, IL.

Services will be held at a later date.

In lieu of flowers, please consider donating to www.factbuckscounty.org

To send flowers to the family or plant a tree in memory of Stephen Douglas Clover, please visit our Heartfelt Sympathies Store.
Read Less 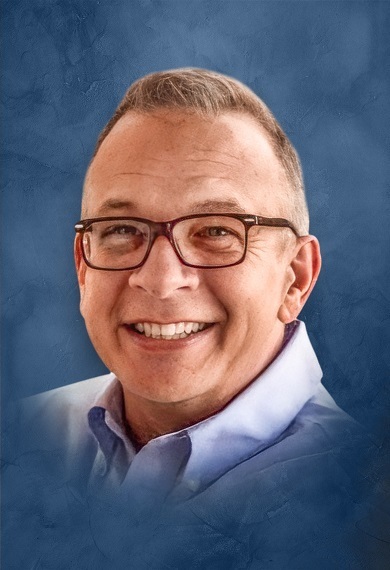 Donations are being accepted for: FACT Bucks County.

We encourage you to share any memorable photos or stories about Stephen Douglas Clover. All tributes placed on and purchased through this memorial website will remain on in perpetuity for generations.

I'm terribly saddened to hear of Steve's passing. He was larger than life in so many ways, and I'll miss his humor, his company, and his generosity... - Jeff T.
Comment | Share Posted Mar 29, 2021 at 12:42am via Condolence
M

Steve was such a joy. The last time I worked with him was over 10 years ago, and the moment I heard this news, a memory of his beaming grin (and twinkling eyes, always just 30 seconds from cracking some kind of joke) rose up in my mind, as vividly as if I had seen him yesterday. Some people just carry so much life around with them. What a loss for all of us - but most of all, for those of you who loved him most. Sending love as you grieve.
Comment | Share Posted Mar 22, 2021 at 06:23pm via Condolence
LL

In loving memory of Steve. My sincerest condolences to all who loved him. I will never forget him and his kindness.

Steve was quite a character. His personality and quick sense of humor will be deeply missed. He really lit up a room. I am fortunate to have had the privilege of knowing him.
Comment | Share Posted Mar 06, 2021 at 07:35am via Condolence
WM

To The Clover Family,
Steve and I were neighbors and quick friends. I loved the sparkle in his eye and his ease of self. We would chat for hours not realizing how much time passed. He will truly be missed dearly. I love ya Steve.❤️
Comment | Share Posted Mar 05, 2021 at 09:32am via Condolence